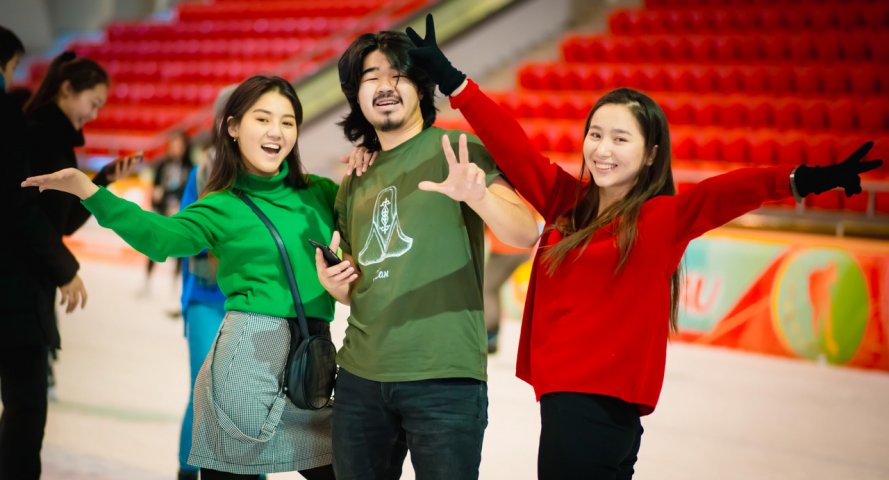 On December 9, 2018 at 15:00 o’clock, the radio "Astana" and the Alau Ice palace held a show concert "The Energy of ice". The action took place during the day session of mass skating and collected on ice of 1,235 fans of driving.

In addition, the visitors had chance to enjoyed Fashion show of a collection of clothes from the popular designer Valeria Hayra.

The mission of the concert “Energy of Ice” was to draw attention to the culture of a healthy lifestyle, to popularize mass sports.

A feature of the event was the live broadcast of the show. Even those who were not physically located on the ice arena "Alau" listened to the concert on the waves of the radio "Astana".

We are planning to held such events quarterly.